Feminist Hypocrisy and Silence Behind Weinstein Era of Abuse 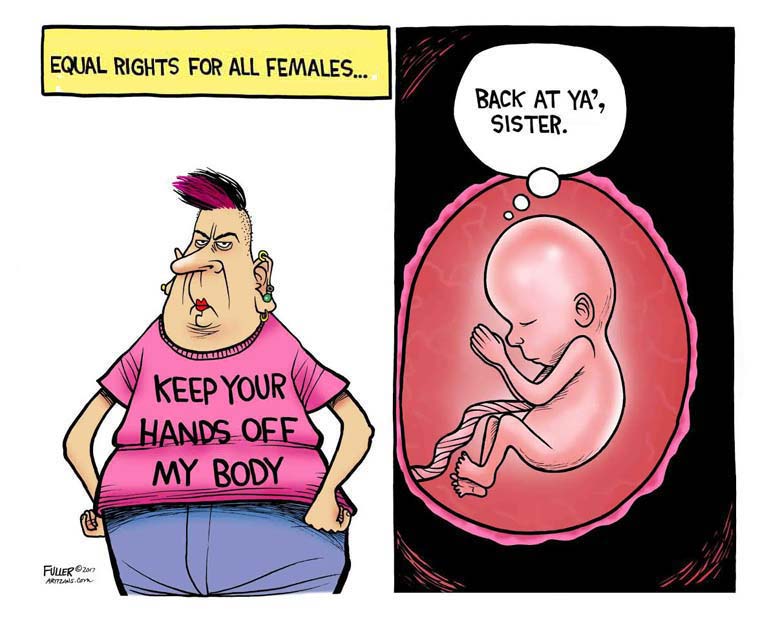 Actress Alyssa Milano started a firestorm over sexual harassment when she tweeted If you've been sexually harassed or assaulted write 'me too' as a reply to this tweet.

Within minutes, her tweet received thousands of Me Too responses and a movement was born.

Thanks to her name recognition, Ms. Milano succeeded with her campaign which actually was attempted over ten years ago by activist Tarana Burke to highlight sexual abuses in the minority community.

As someone who was raised in the barrio I can certainly add my Me Too but it would be disingenuous to think that this abuse only exists there.

What this entire Weinstein scandal does do is expose the hypocrisy of the feminist movement which has surrendered its moral authority over women by supporting the evil doers just because they support abortion rights.

The Hollywood sex abusers have been known for decades but all of them are liberal Democrats who support and fund the party and Planned Parenthood so they are immune from punishment. It will be interesting to see what happens to the Harvey Weinsteins and other sexual perverts and abusers caught in the scandal fallout.

I've read some really stupid online comments from the self righteous who haven't a clue about the trauma inflicted on the women and children by pedophiles and Viagra fueled powerful hedonists in society.

"Why are they coming forth now? Where were their parents? They took the abuse to get ahead in Hollywood. They all took the abuse in exchange for money and fame. Don't feel sorry for them." Yada, yada, yada. Did these critics ever wonder why so many young actors succumb to drug and alcohol use and ultimately suicide?

I certainly didn't tell my mother when I was seven that the taxi driver on the first floor would expose himself whenever he caught me leaving the building. In the '50's who talked about such things?

I don't blame the child actors whose families are probably depending on them to save them from a harsh life and who were probably threatened by their pedophile abusers not to tell or else. In this sexually promiscuous culture, the sex act has been so defiled and removed from emotional involvement that deviance has been totally accepted as the norm. "Don't make waves' was a common mantra in the '60's.

Now Ms. Milano is appearing on the nets to promote the Me Too campaign and in an interview on Good Morning America, she said, "We are going to be vocal until this stops."

I do not doubt her sincerity or motivation but I fear this movement will turn into a gender equality or hate all men campaign that the feminists always advocate. The sad truth is that this will never change until women recognize their own responsibility in their relationships with the opposite sex.

Woman's groups like N.O.W. and other militant organizations have failed in their mission to support all women and instead have surrendered it to support the vilest individuals because they are politically correct and are pro-choice.

The hypocrisy that seeps from their lips is reprehensible but since the mainstream media is also lacking in ethics, we have never really heard the really sordid details until now.

Thanks to Ronan Farrow's expose in the New Yorker, Harvey Weinstein's dirty laundry is blowing in the wind for all to see. His victims are coming out of the woodwork to share the lurid details but those outside the entertainment world are cynically observing many of these exposes as self-serving bumps for fading careers.

But not all sexual abusers are Hollywood titans or men in power. Ronald Reagan once described how men are basically cavemen that need to be tamed by good women and he was absolutely right.

What this Weinstein scandal teaches us is that women have lost that ability to tame the beast and for that I blame modern feminists who target offenders based on their political position on left wing issues.

That's why sharks like Gloria Alred and her daughter Lisa Bloom go after the Fox anchors but leave Weinstein and Hollywood icons alone.

Why Bill Cosby, then? Because Cosby had the audacity to point the finger at the real cause of poverty in the black community-the breakdown of the family and missing fathers. Can't say that in the Obama era where all the monsters are white supremacists.

As a senior in high school, I traveled to school on the West Side subway and it was common to have men sidle up to a young girl and press against them. During a discussion on this issue, Sister Anna Mercedes told us to turn around and tell him to 'just put it away' and we did. We handled it directly the rest of our lives in business and relationships. I am not surprised that so many Me Toos have responded and I'll bet if we ask all our female family and friends if they have been assaulted at one time or another we'll get an affirmative answer.

My mother-in-law who was a white Southerner told me once about a pervert uncle who'd visit and the girls had to hide when he came around. An elderly friend of mine who grew up on a middle class white household admitted that her stepfather had also molested her. In my own family, revelations of molestation have led to banishment by mothers who refuse to believe their boyfriends are abusers.

So what's the answer? How will this behavior stop? For one thing, women have to stop paying attention to feminist leaders who preach about women's rights only when advocating abortion but will not speak out to express outrage when Sharia law murders innocent Muslim women

. These militant organizers of pussy-hat women marches have ignored the victims of sexual predators like Bill Clinton, Harvey Weinstein, Eliot Spitzer and Anthony Weiner because they are Democrats and fund abortion. They lauded and elevated Ted Kennedy to statesmen status in spite of his murderous history in Chappaquiddick.

There are good feminist organizations that promote women's self worth and health issues without political demagoguery. At least I'm sure there are but can't name one. Groups like Democrats for Life and Susan B. Anthony List are respect all life organizations and worth a look for women who believe in the sanctity of life in the womb.

Someone told me that the Me Too campaign will fade and nothing will come of it. I hope that's not true because I survived the several assaults in my childhood because I had a firm religious backbone to handle it.

My experience has made it possible to impart some wisdom to my own children by sharing it as delicately as possible and teaching them to become super alert to possible danger. Most importantly they learned that they could always come to me and my husband for support.

I want to end this with a statement that will create some outrage by the adult victims but needs to be said. Not all men are predators or evil. Many are wonderful and yes, protectors of women and when women stop regarding men as cash cows to buy them security in exchange for abuse, things hopefully may change.

Perhaps this is a lesson that women's groups should teach instead of preaching that killing your baby is a civil right.