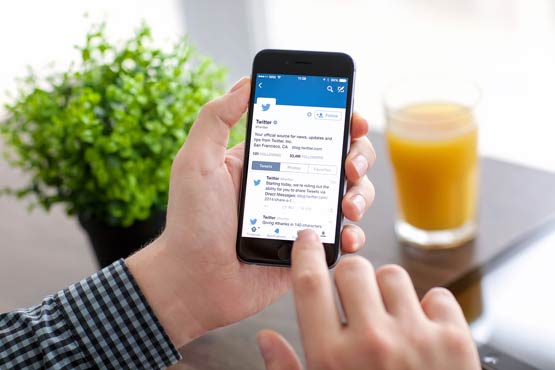 Twitter - which once prided itself on being the "free speech wing of the free speech party" - is trying to figure out just how much of that support for free speech it needs to jettison if it's going to stop being known as the harassment wing of the bigoted party.

Everyone seems to agree, more or less, that the microblogging social-media site is a bit of a mess: The experience is less fun than it used to be; the users are far angrier; and roving, agitated mobs on the fringes of the right and the left spend all day hunting unsuspected enemies for sport. The pile-ons are bigger; the flame-outs, brighter.

I'd still argue that you more or less get out of Twitter what you put into it, and that a few simple rules - one-strike-and-you're-out mute/block policies for people who insult you; a strict refusal to get into arguments, especially with people you don't know - will greatly improve your experience.

The company and its executives are certain something's gone awry, as Twitter chief executive Jack Dorsey demonstrated last week when he highlighted a whole new series of protections that would be rolling out over the "next few weeks." But the event to which this newfound commitment to limiting the wrong kind of speech was in response - actress Rose McGowan's brief ban from the site for accidentally doxxing someone - and should be a clue that such restrictions often have a way of backfiring.

Consider Joe Mande's grandiose "goodbye to all that" post the other day. In it, he complained about being suspended from Twitter multiple times for suggesting detractors service him sexually even as "the Nazis, the Russian bots, the red-pilled rapists, etc., etc." were allowed free rein.

When you provide people the power to silence others - in Twitter's case, the power to report users, the power to gin up a mob to overwhelm the system with complaints - of course marginalized voices are going to be silenced. It's a pattern we see over and over again throughout the world.

Human Rights Watch has written about how laws aimed at banning "hate speech" and "sedition" are routinely used to silence those out of power in the world's second-most-populous country.

"India's hate speech laws are so broad in scope that they infringe on peaceful speech and fail to meet international standards," HRW reports. "Intended to protect minorities and the powerless, these laws are often used at the behest of powerful individuals or groups, who claim that they have been offended, to silence speech they do not like. The state too often pursues such complaints, thereby leaving members of minority groups, writers, artists, and scholars facing threats of violence and legal action."

The American Civil Liberties Union, which has come under fire even within its own ranks for holding the quaint notion that free speech means free speech, notes that anti-speech regulations were used in the American South to derail civil rights efforts.

One particularly egregious abuse of power jumps out: "In February 1963, a suspicious fire destroyed several black businesses in Greenwood, Mississippi. When one local activist named Sam Block speculated that the fire was a bungled act of arson aimed at the SNCC offices next door, he was arrested by Greenwood police for 'statements calculated to breach the peace.' "

Jacob Mchangama at the right-wing Hoover Institution defended the United States' almost-unique commitment to freedom of speech, criticizing the vagueness with which European speech codes can be used to stifle minority viewpoints even as majorities engage in the same behavior. Glenn Greenwald at the left-wing publication the Intercept noted, "In Europe, Hate Speech Laws are Often Used to Suppress and Punish Left-Wing Viewpoints."

I could go on in this vein for a while, but the point is a simple one: If you create a standard that disallows certain speech and you create a mechanism for enforcing that standard, that mechanism will almost certainly be used against those clamoring for restrictions on speech in short order. For instance, if you say that tweets promoting violence will not be tolerated, as Dorsey has, then how long is it until everyone who has tweeted about the goodness of punching Nazis' faces gets bans of their own?

To be honest, I think Twitter has done a relatively good job of giving users the tools needed to quiet the grossest of voices and the most aggravating of harassers. You can mute threads, accept direct messages only from those you follow, silence low-quality accounts and filter out words. Perhaps some more modifications, such as being able to mute all accounts that have existed for less than a certain period of time or being able to mute all followers of an account bothering you, would help.

But it's still a platform that is predicated on allowing people to reach each other, allowing contact to be made. Maybe the problem is, as Debbie Chachra argued, baked into the design.

If that's the case, then maybe Twitter's just not for you.

Previously:
• 'Veep' captures the grubbiness of post-presidency greed; Obama should take heed
• The conservative critics the BBC left out of its best movies poll
• Republicans buy movie tickets too, Paul Feig
•
• Toys with disclaimers ---- against social and political commentary. Seriously
• Why conservatives should back plans to make the Oscars more diverse
• With '13 Hours,' Hollywood is finally acknowledging conservative audiences