The Art of the Kibitz 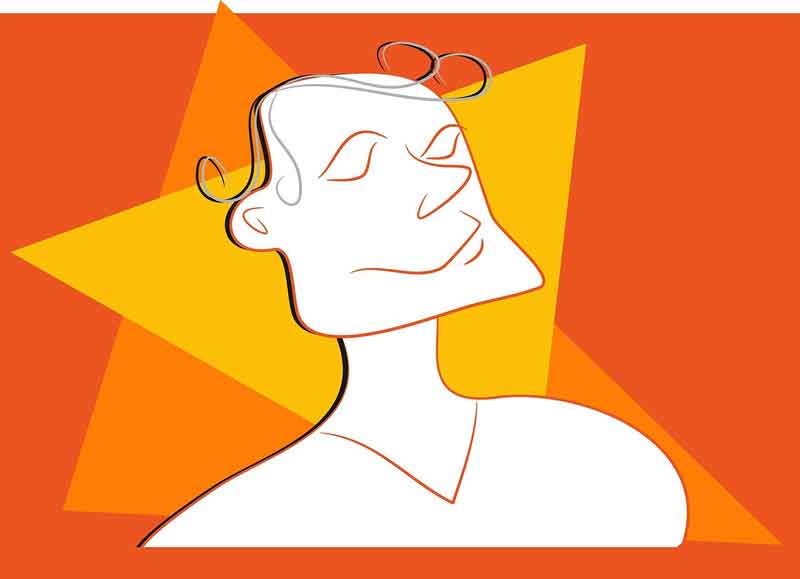 Where would the English language be without Yiddish?

Imagine if Alan Dershowitz had called his manifesto "Arrogance," or "Defiance," or "Impudence." Chutzpah is all of those and more. Leo Rosten defined it as "gall, brazen nerve, effrontery, incredible guts."

Like a dry wine, chutzpah has a pungent nose, an astringent taste, and a complex finish.

Why isn't chutzpah in italics? Because, it has become naturalized English. William Safire quoted a list from his "lexicographic supermaven" Sol Steinmetz of top Yiddishisms that found a new home in English. They include klutz, glitch, kosher, bagel, maven, mentch, shlock, shmooze . . . and chutzpah.

Safire commented, "If you don't know those words, you will have difficulty being understood in English."

Alas, even mavens get disrespected. Steven Pinker, a noted linguist, bashed William Safire and other popular language mavens: "Maven, shmaven! Kibitzers and nudniks is more like it."

A lexicographic supermaven I'm not. I'm more of a wordswriter — the lexical counterpart to a sportswriter. I'm a lexikibitzer.

Kibitz should have made the list of top Yiddishisms. Kibitz (not to be confused with kibbutz) provided English with a spot-on term for participant-spectators and vigilante consultants. Eric Partridge's Dictionary of Slang and Unconventional English quoted Anthony Lejeune: "The Yiddish word 'kibitz' is a valuable import because it has no equivalent in English."

Kibitzer was a Word of the Day on Dictionary.com. They defined it: "1. a giver of uninvited or unwanted advice. 2.Informal. a spectator at a card game who looks . . . over [players'] shoulder s, especially one who gives unsolicited advice."

Bryan Garner (Garner's Modern English Usage) wrote: kibitz is a verb "to comment unhelpfully and annoyingly when someone is doing something, or . . . to speak tediously about obvious things. This Yiddishism was introduced into English in the 1920s."

Leo Rosten said that kibitzer came from "the German name for a bird, the Kiebitz (Latin name: vanellus), a lapwing or peewit, reputed to be especially noisy and inquisitive, and called, colloquially, Kibitzer." Other meanings include, "Someone who joshes or teases; someone who flatters; and someone who humors one along."

Kibitzing can be honorable. Urban reformer Jane Jacobs described the North End of Boston as a rough neighborhood where attacks were sometimes "thwarted by passers-by, by kibitzers from windows, or shopkeepers."

On Vocabulary.com, lingwizard Ben Zimmer described the odyssey of kibitz. "Yosef Tunkel, a Yiddish writer from Belarus, came to the U.S. and published a humorous journal called Der kibitser in 1909 and 1910. And 1910 is also the earliest I've found for the use of the word in English."

Zimmer traced kibitz through a circuitous route including a theory that it is related to the Hebrew kibush, which he defined as "oppression." Rabbi Samson Raphael Hirsch translated the first appearance of the term (Genesis 1:28) as "Fill the earth and subdue it." And he interpreted it "the mastering, appropriating and transforming the earth and its products for human purposes."

That's a long trip to peaking over a card player's shoulder. But words sometimes take strange detours. As Zimmer wrote, "The circuitous route may well have gone from Hebrew to Western Yiddish to German criminal slang to more common German use, all before the word got picked up by the Eastern European Yiddish speakers who enriched the American English idiom."

So what is the origin? Zimmer concluded, "We may never know the true etymology, but that won't stop word lovers from kibitzing about it."

Judge Alex Kozinski and Eugene Volokh — a professor who had served as Kozinski's law clerk — collaborated on an article in the Yale Law Journal on Yiddish in the courtroom, titled "Lawsuit, Shmawsuit."

The word "chutzpah" appeared in 231 reported court decisions. In most, the court saw no need to translate the word, a sure sign of achieving full citizenship. Other Yiddish words are still waiting for their papers.

"Variations on 'kibitz' have appeared in 17 cases; consider especially, Zannone v. Polino, a 1956 New York case with a moral, where kibitzing at a card game turned into a knife fight and a lawsuit — boys and girls, take note! 'Maven' has appeared in 14 cases, 'klutz' in three. (See also Klopp v. Wackenhut Corp. (1992), which quoted one of the parties as contending 'it had no duty to design the security station 'for klutzes and total idiots')."

Other Yiddish in court included: "schlock, no-goodnik, tzimmes, rachmones, and 'a writ of rachmones does not lie.'"

They also reported this priceless statement: "Better the majority should worry about its umfarshtendenish [misunderstanding] of Rule 404(2), not Stephens' chutzpah."

Clearly, this was not a case of bland justice.

To illustrate the meaning of kibitzer as a self-appointed adviser, Leo Rosten told this classic story. (Don't stop me if you've heard it. As Rosten said, old jokes are like old friends.)

As Bernstein placed the ladder to hang up the sign, a kibitzer sang out, "What kind of cockamamie sign is that?"

"'Fresh fish,' Bernstein? It would never occur to your customers that you sell fish that aren't fresh. . . . "

"You're right." Bernstein took his brush and painted out "Fresh."

"Wait!" said the kibitzer. "What about 'Sold'? Obviously you sell fish; you don't give them away free."

"You're right!" And Bernstein painted out "Here."

"That leaves 'Daily,'" said the kibitzer. "I ask you, is that smart? If fish are fresh, they must come in and go out daily. Right?"

"Absolutely!" Bernstein crossed out "Daily," leaving a sign that read only:

Now Bernstein started up the ladder, when along came another kibitzer.

"You don't have to put up any sign, Bernstein. Your fish everyone smells a mile away!"

So, Rosten concluded, Bernstein happily put up no sign at all.

And now you know the origin of the first think tank.

Previously:
• Jewish horses --- animal and otherwise
• Go to . . . where!?
• Unwelcome Sign
• Murphy Was A Shlimazel
• Twixt Me and Thee
• Spy-Q
• The Electric Chicken Soup Chassid Test
• Dare to Care
• Lies Big and Small
• Shmooze Control
• Rhino Attack
• Word War 3rd
• Brain Juice
• The Art of the Kibitz
• What Color Is English?
• A Waste of Time
• He whose laugh lasts, laughs blessed
• Seeing the Light
• Unquote
• Save the Jews from the 'Days of Awe'
• Truthgate
• In the Scheme of Things
• Funny, It's Not
• Ready, Aim, Pray!
• Time Whorf
• Fathers Days
• The Elephant in The Kids' Room
• Beware the Ice of March
• The Theory of Negativity
• Truth Ache
• Holy Humor
• CAUTION: Joking Hazard
• Kludge Fixtures
• Canditedium: Just don't call me disinterested
• In Sanity: How Members of the Tribe do craziness
• You gotta like a guy who can 'feel or act' another's feelings in the mind's muscles --- still …
• The World of Words is Changing --- OY! What's a Jew to do?
• Unruly: Dos, Jews, and don'ts
• 'Noodging' Is Sacred
• Manipulated or Convinced?
• Lost in Translation
• Holy Tongue