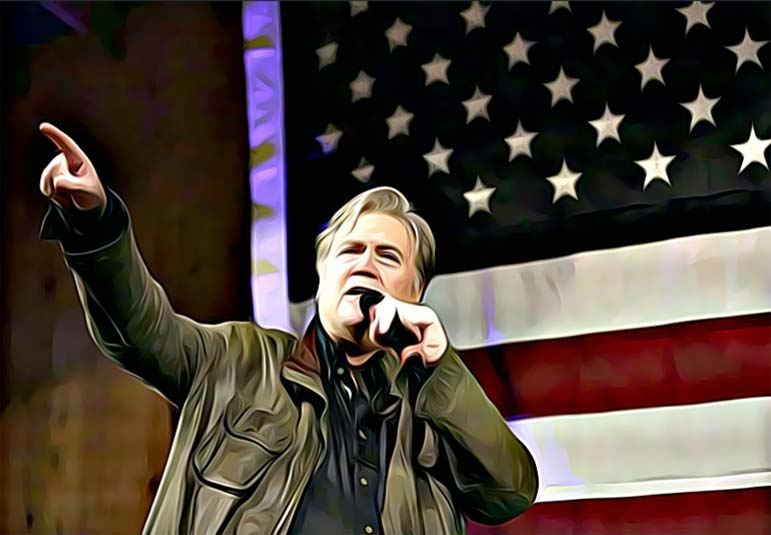 When a Coast Guard vessel sped toward a yacht with Stephen Bannon on board Thursday morning, it carried the gun-toting members of the Post Office's investigator unit.

The arrest of the president's former chief strategist on fraud allegations was news enough. But many learned from news reports that their friendly neighborhood mail carrier is backed by a centuries-old investigative arm that handles cases of child exploitation, cybercrime, drug trafficking and financial crimes.

Where are the agency's roots?

The U.S. Postal Inspection Service traces its roots further back than the United States itself. William Goddard was named the nation's first surveyor in 1775, a role created under Postmaster General Benjamin Franklin to audit postal account and investigate theft of mail or postal funds, according to the agency's history site.

That would make the USPIS the country's first and oldest federal law enforcement agency. As the U.S. expanded westward, so did the mail crisscrossing the country on trains, stagecoaches and on horseback. That activity enticed criminals like Billy the Kid, who was interviewed by postal agents in 1881 about mail robberies in Santa Fe, according to the USPIS.

Postal inspectors interviewed Lee Harvey Oswald about a mail order rifle he allegedly used to kill President John F. Kennedy and played a role in hunting down Ted Kaczynski, the notorious mail bomber arrested in 1996. The handcuffs used in his arrest are displayed at the National Postal Museum.

What does the USPIS do?

The agency's mission dovetails with virtually any crime that involves the transit of mail. USPIS made 5,759 arrests in 2019, leading to nearly 5,000, mostly involving mail theft, mail fraud and prohibited mailings, the agency said.

About 200 federal crimes are related to mail, making USPIS's activity broad and constantly evolving for its nearly 1,300 inspectors.

For instance, narcotic transit by mail exploded in recent years, leading to 19,000 arrests and the seizure of $18 million in drug proceeds from 2010 through last year, the USPIS has said, and romance scams leveraging the Internet to fleece lonely hearts for millions are tracked by investigators.

The agency has also investigated the movement of child pornography for decades, arrives at the front lines of disasters like fires and hurricanes to restart mail service, and of course, leads efforts to combat mail fraud.

One of the most prolifically financial fraudsters ever, Allen Stanford, was sentenced to 110 years in prison in 2012 for a scheme totaling $7 billion that relied on the mail to work. The investigation was done in part by USPIS.

Why haven't I heard of this before?

You might have. One overarching message from USPIS public relations efforts are friendly reminders that they exist in the first place, in the shadow of other agencies like the FBI and ATF - which are often their partners.
Sign up for the daily JWR update. It's free. Just click here.

"They say, 'Oh, you're a lot like the FBI.' And I like to tell them, 'No, the FBI is a lot like us,'" said one agent in a slickly produced recruiting video, with a mix of pride and resignation.

A CBS drama bankrolled by the Post Office's seizures - "The Inspectors" - ran four seasons from 2015 to 2019, but didn't exactly become a big hit. It was panned by John Oliver on HBO.

USPIS may be enjoying its biggest moment of prominence following the arrest of Bannon and three others. He and three others allegedly defrauded donors to a massive crowdfunding campaign that claimed to be raising money for construction of a wall along the U.S.-Mexico border.

A Coast Guard boat approached a yacht with Bannon on board in Long Island Sound and disembarked a team to sweep the boat before federal agents boarded to make the arrest, said Chief Warrant Officer Mariana O'Leary, a Coast Guard spokesperson.

In a news release, prosecutors said Bannon and another organizer, Air Force veteran Brian Kolfage, lied when they claimed they would not take any compensation as part of the campaign, called "We Build the Wall."

Bannon, prosecutors alleged, received more than $1 million through a nonprofit entity he controlled, sending hundreds of thousands of dollars to Brian Kolfage while keeping a "substantial portion" for himself.

"The U.S. Postal Inspection Service is committed to identifying and investigating anyone who exploits others for their own benefits," Chief Postal Inspector Gary Barksdale said.

The arrests were part and parcel for the USPIS, which touts its long history of arrests in a 20-minute video. One of the more notable moments was 1920, when investigators probed the incredible claims of an investor who promised huge returns for people who purchased international postage exchanges.

Five years later, Charles Ponzi was sentenced for a scheme that sounded too good to be true.