Heroes!? Teachers, unions have been anything but 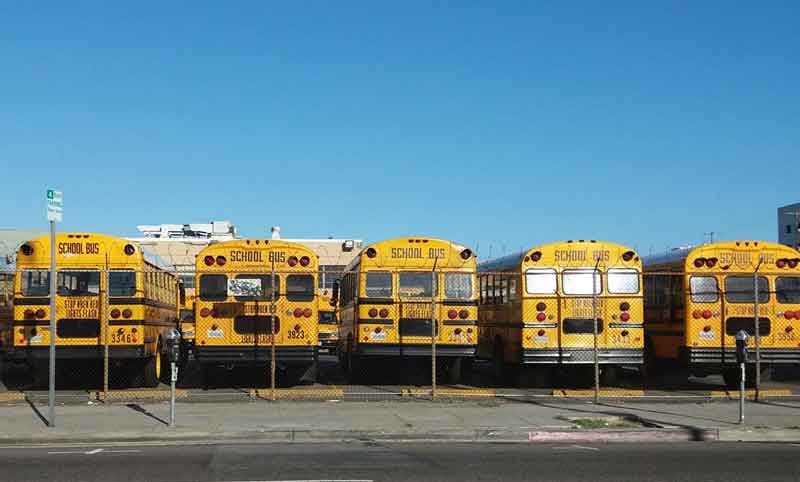 No other group has shown as much contempt for its own work during the coronavirus crisis as teachers.

Their unions are actively fighting to keep kids out of classrooms and to limit remote instruction, lest it require too much time and attention from people who are supposed to be wholly devoted to educating our children.

This has been a wrenching time in the labor market, with tens of millions thrown out of work — and also an inspiring one.

Workers whom many of us would never have thought of as essential — grocery clerks, delivery guys, meat-packing workers — have kept absolutely necessary parts of the economy Â­operating while most of their fellow Americans stayed home.

Doctors, health workers, cops and firefighters have all put their lives on the line.

It isn't correct to say that all these people have done their jobs uncomplainingly — many have worried, understandably, about their safety and wanted more protections. But all have shown up. All have been there, during the horrific spring outbreak, during a brief respite and during the current summer resurgence.

Anyone who doesn't acknowledge our debt to them is a thoughtless ingrate.

Then, there are the teachers unions.

Theirs has been a diametrically opposed approach to that of the everyday heroes of America. Their first and last thought has been of their own interests. They have sought to limit their labor while still getting paid — at the ultimate cost of the education of kids who may never fully make up the gaps in their learning during their time out of the classroom.

Obviously, any gathering of people has its risks, and school districts should make every reasonable accommodation to the realities of the pandemic. There are many teachers who are better than their unions — or not members of a union at all — and some are truly at high risk from the virus.

All of this is true enough, and yet the unions have represented institutional laziness and selfishness at a time of incredible strain for parents across the country.

The unions have a handy foil in President Trump, who has taken up the cause of school reopening with his usual deftness, which is to say, none at all.

But it shouldn't require wearing a MAGA hat to acknowledge the benefits of in-person instruction, and the experience of other advanced countries suggests it carries low risks.

The American Academy of Pediatrics released a statement in June saying that it "strongly advocates that all policy considerations for the coming school year should start with a goal of having students physically present in school."

(As a rebuke to Trump, it issued a subsequent statement with the biggest teachers unions saying politics should be kept out of reopening decisions.)

The New York Times has cited research suggesting that the cancellation of classes in the spring cost students a significant portion of their learning for the year, and they might be seven months behind the curve. Online learning, especially for younger kids, is a poor substitute for being in the classroom, and many districts didn't even offer that.

As states and localities try to avoid a repeat of that debacle, many unions are throwing every obstacle in the way. In California, the unions pushed to delay students coming back to the classroom; in Los Angeles, the union has been negotiating to limit the time teachers spend on online Â­instruction, too.

Unions around the country have offered endless excuses why they can't even do a simulacrum of their job.

If the teachers unions get their way, teachers' letter grade during this crisis will a shameful "incomplete."