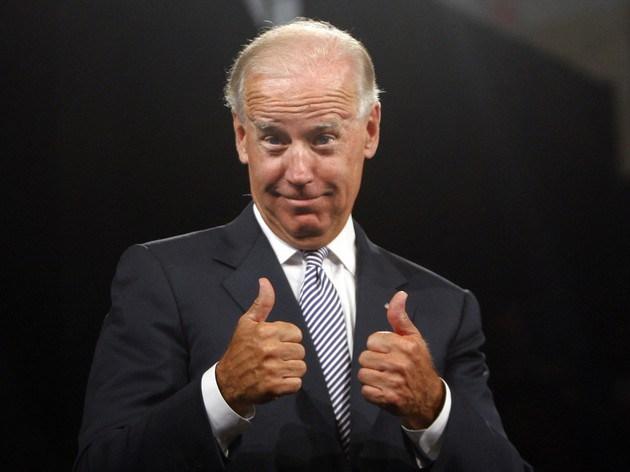 Joe Biden has been a busy man of late.

The former vice president is meddling in this year's elections â€“ that includes handing out endorsements in presidential battleground states.

Last week, Biden was under medical orders to take a break from the campaign trail (he was scheduled as a keynote speaker for the Illinois Democrats' County Chairs' Association in Springfield â€“ the kickoff for Democrats' Day at the Illinois Spring Fair).

Biden turns 76 in November, which doesn't make him the elder statesman in Democrat presidential circles (Vermont Sen. Bernie Sanders, born 14 months earlier in September 1941, has the honor). But it's not his physical condition that's a concern. Rather, it's what could turn out to be very fragile political health.

As reported by The Hill, Biden was the clear frontrunner in a Harvard CAPS/Harris June poll of presidential possibilities. He received 32% of Democrats polled, versus 18% for Hillary Clinton, 16% for Sanders and 10% for Elizabeth Warren.

The Washington Post has Biden fourth in its decidedly unscientific Democratic rankings (Sanders and Warren are one-two, with California Sen. Kamala Harris in third place). CNN, however, has him at the front of the pack.

Which might be the worst place for Biden to be, in this political climate.

Ok, feel free to point to the fact that the track record for Democrats who've held the vice presidency of late (the past 50 years) and then competed for the next rung on the ladder isn't a bad one. Hubert Humphrey earned his party's nomination in 1968, as did Walter Mondale (1984) and Al Gore (2000).

However, Humphrey and Gore were sitting veeps who used their party's machinery to their advantage. Mondale was just four years removed from office, running in a field that went from eight candidates to just three (Mondale, Gary Hart and Jesse Jackson) by mid-March of the election year.

Biden, on the other hand, will be eight years into retirement -- 12 years since the Obama landslide of 2008. Party machinery? There's no guarantee that either the Obama or Clinton organizations that've dominated Democratic presidential circles for the past 25 years will naturally gravitate to Biden (news reports last summer had some Obama insiders, most notably campaign mastermind David Axelrod, imploring former Massachusetts Gov. Deval Patrick to give it a go in 2020).

And the size of the field? If it's an over-under bet, take the "over" if the bar's set at just eight candidates. There's a reason why speculative lists run to 15 â€“ it's because the Democratic race could take on the same clown-car look-and-feel (a dozen candidates) as the 2016 Republican field.

If I were advising Vice President Biden, my concern wouldn't be any of the veep previously mentioned. Instead, it'd be another past Democratic president with a vice presidential connection: the late Maine Sen. Edmund Muskie, who was Humphrey's running mate in 1968.

Two reasons, the first being where the Democratic field stood in August 1971. A Gallup taken that summer had Muskie tied for the lead with the late Edward Kennedy (22% apiece) in a sampling that included 13 Democrats. Lurking back in the pack at 5%: George McGovern.

As Kennedy was seen as a non-candidate (this was just two summers after Chappaquiddick), Gallup asked Democrats to choose between Muskie and the poll's third-place candidate, Humphrey. Muskie led, 49%-19%.

Muskie's presidential aspirations essentially died in the snows of New Hampshire. A pair of Manchester Union Leader editorials (a) accused Muskie of using an ethnic slur against French-Americans (the infamous dirty-trick "Canuck Letter") and (b) implied his wife wasn't so dainty when it came to drinking and joke-telling.

That prompted Muskie to hold an outdoor press conference, in front of the newspaper's office, during which either snowflakes melted on his face or tears rolled down his cheeks. Either way, the air was out of the frontrunner's balloon.

This isn't to suggest that Joe Biden is headed for a tearful meltdown in New Hampshire in 2020. But, like Muskie, he could be undone by a different concern: a looming big field (15 Democrats ran in 1972) and a restless hard-left segment of the Democratic Party that may want to hijack the nomination as the ultimate protest vote.

Muskie's "tears" weren't the only story in New Hampshire in the winter of 1972. McGovern received 37.1% of the Democratic primary, just 9 points behind Muskie. As you'll see in these charts, the anti-war/anti-establishment movement inside the Democratic Party, with McGovern as the tip of the spear, picked up steam as the primary process moved along.

Could 2020 play out the same? As was the case in 1972, Democrats at present are looking at least three similar fissures: (a) bad feelings carrying over from the previous election's nominating process; (b) years of pent-up resentment against the party's ruling class; (c) the party's hard-left quasi-demented in its hatred of the incumbent Republican president.

In fairness to Biden, he doesn't have the same design flaws as Muskie. Biden is famously proud of his blue-collar roots ("the scrappy kid from Scranton") and isn't shy about telling audiences that he's not a noble by birth. Muskie, though also of humble roots (he was the son of a Polish-American immigrant tailor who changed the family name from "Marciszewski"), opted to run on character ("Trust Muskie") in 1972 more so than passion or frustration.

There is such a thing as being in the wrong place at the wrong time (just ask any of the 16 Republicans who competed against Donald Trump in 2016). And that might the biggest takeaway for Biden.

Shortly before the 1970 midterm vote, Muskie gave a nationally televised address in which he denounced the incumbent Republican administration for, by his estimation, dividing the American people.

That message delivered a split verdict in 1970: Democrats added to their numbers in the House, but lost seats in the Senate. But two years later, Democrats chose not to put their trust in the frontrunner.

Twenty years after his presidential run fizzled, Muskie would tell a reporter that he was still optimistic about the process. "I still believe with Adlai Stevenson that you can win elections by talking sense to the American people."

But in 2020, how far will Joe Biden get if he gambles on "talking sense" to Democrats?