Alyssa Milano called for a 'sex strike' to protest anti-abortion laws. It didn't go over well 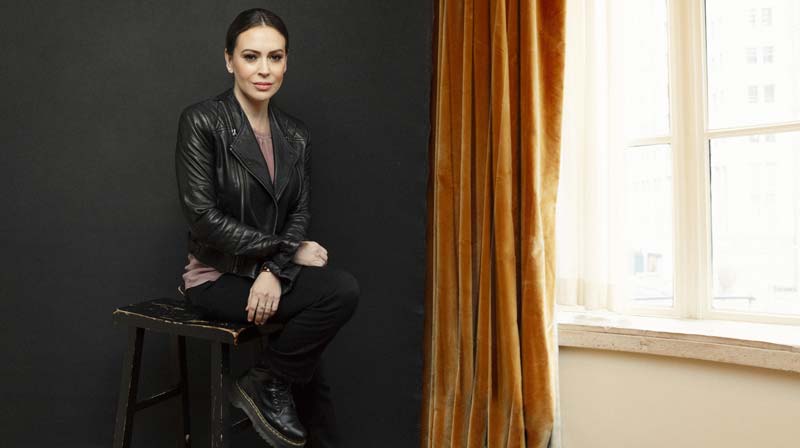 Alyssa Milano is voicing her opposition to new antiabortion legislation --- and she's doing so with a political tactic dating back to ancient Greece.

The actress and activist has proposed a good, old-fashioned sex strike to stand up for women's reproductive rights.

Georgia's new abortion law - among the most restrictive in the United States - will ban abortions after a doctor can detect a fetal heartbeat, and others states, including Mississippi and Ohio, have passed similar "heartbeat" bills.

Milano posted a call to arms Friday on Twitter, urging people to abstain in protest.

"Until women have legal control over our own bodies we just cannot risk pregnancy," the actress wrote. "JOIN ME by not having sex until we get bodily autonomy back. I'm calling for a #SexStrike."

The idea bears an uncanny resemblance to Aristophanes's ancient Greek comedy "Lysistrata," in which a woman persuaded other women in warring cities to withhold sex from all the men until they put an end to the Peloponnesian War.

By late Saturday afternoon, Milano's tweet had drawn more than 27,000 likes and 9,000 retweets, some applauding the idea but others arguing that it only serves to perpetuate the stereotype that "women are providers and men are consumers of sex."

"This makes it seem like sex is something women do as a favor to men; it also furthers the misogynist theory that women should be shamed for liking sex at all," one wrote.

One person argued that Milano is advocating for abstinence, asking, "And isn't this exactly what conservatives wanted?" And another said that she is doing the same thing she's fighting against.

"Isn't telling women to not have sex also a form of YOU denying them control over their bodies? Doesn't this also presume that all women are straight and [cisgender]?" Preston Mitchum, chair of the Washington Bar Association, responded on social media.

Still, some supported the idea.

"Great idea!!!" one wrote. "Abstinence is the best way to prevent unwanted pregnancies!!