Do We Really Have to Play With Our Kids? 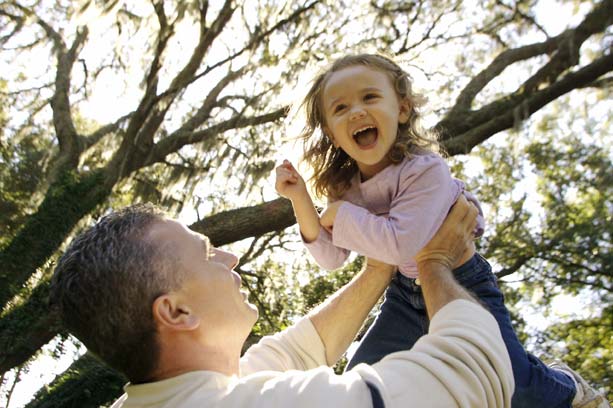 Yet he, at least, goofed around with our boys. Me? Like Rebecca Onion, author of a great piece for Slate this month called "Playtime Is Over!", I dreaded everything from playing catch to pretending to be a dog (or both at the same time — arooooooo!).

Then I got in touch with David Lancy, author of "The Anthropology of Childhood." Professor Lancy has studied childhood on four continents, in areas rich and poor, rural, urban and suburban. It was a great relief when he said that not only is playing with kids not crucial for their development or happiness but also other cultures find the idea so bizarre that to them, an adult's getting down on the ground to play with the kids is as weird as a parent's wearing a diaper or drinking from a baby bottle.

As for the hours many parents have spent playing Candy Land and wishing they were in gum surgery instead, well, that just isn't a problem in much of the world.

Yet in America today, a recent study of almost 4,000 parents, rich and poor, found that if a child says "Draw with me!" most parents feel they should drop whatever they are doing and draw with the kid.

My take? That is not only unnecessary but almost insulting to the human race. First of all, kids are able to entertain themselves, but they have to try it to realize it. Secondly, kids also benefit from seeing that you have things you have to get done. The world, it revolves around something other than a child's fleeting request. Aha!

If how we got so invested in the idea we must play with kids interests you, do check out the Slate piece. Onion found that many parents report feelings of "failure and inadequacy" when they don't want to play or don't think they are fun or stimulating enough. She also found that though kids get some benefit from playing with the 'rents, it's not so much that you should beat yourself up if you're not doing it. (For the record, my mom claimed she never played with me.) Onion also heard from a pre-K teacher that kids whose parents have been ultra-involved in their playtime can end up being a little less creative and fluid because their play style has been so directed by adults.

Long story short: It seems as if there's nothing wrong with playing with your kids or not playing with them. So whether or not you are down for another game of Candy Land — or Chutes and Ladders or even couch-based shoe store — your kid is going to be OK.