It doesn't matter what Joe Biden meant to do 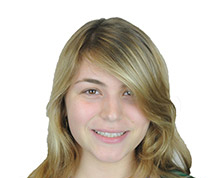 Is Joe Biden a bad man?

He's obviously no Harvey Weinstein, allegedly harassing and raping his way through Hollywood during a decadeslong reign of terror. He's not even an Al Franken, posing in an attempt at comedy as his hands hover over a woman's breasts and allegedly kissing her forcibly.

No, Biden is just Biden. And according to many of his defenders, that's excuse enough.

Biden's encroachments, proven and unproven, are creepy. Lucy Flores, a former Nevada legislator, says he sniffed her hair and slowly kissed the back of her head. A Connecticut woman says he pulled her toward him at a fundraiser to rub noses with her. A review of meet-and-greets and swearings-in featuring Scranton's favorite son looks like a highlight reel of competitive handsiness: lips hovering centimeters from ears, cheeks stroked and waists clasped. In one bit of footage, Hillary Clinton seemingly strains against an endless hug.

Ask anyone whether it's generally OK for a guy to take a whiff of a woman's conditioner or nestle his nose nearly into her neck when she's not his romantic partner and has expressed no desire for physical contact, and that person will probably tell you "no." Ask whether it's OK for Joe Biden to do those things, though, and a number of people seem prepared to give him a pass.

The Biden camp argues that all those instances of cringeworthy touching are "expressions of affection" from a self-proclaimed "fingertip politician." They're not about gaining sexual gratification. They're not about displaying power. They're the opposite: Biden is trying to make women feel comfortable. He's trying to show that politicians don't have to be removed from the people - that in fact, they can be very, very close.

"Not once - never - did I believe I acted inappropriately," Biden said in a statement on Sunday. "If it is suggested I did so, I will listen respectfully. But it was never my intention."

Biden's insistence that he never meant to upset anyone is perfectly plausible. There is no photo of him grinning oafishly as he pretends to grope a sleeping woman. There is no "Access Hollywood" tape. But here's the problem: Talking up Biden's good intentions keeps men at the center of the harassment conversation when the real project is to put women there instead.

Stephanie Carter, the wife of former Defense Secretary Ash Carter, says she didn't mind when Biden held her by the shoulders for 28-straight seconds and whispered familiarly into her ear. Sen. Chris Coons, D-Del., says his 13-year-old daughter wasn't taken aback when Biden kissed the side of her head, because she views him as a grandfather figure. (It's worth noting that perhaps children in general shouldn't be conditioned to accept touchy-feely behavior as avuncular and acceptable.)

Flores, evidently, felt differently. And that should be the beginning and the end of the conversation.

Biden can't know when a woman will welcome a head-kiss as an exciting interaction with a beloved leader and when she will want to melt into the floor because it feels like a violation. That's why he shouldn't go around kissing women's heads - a policy plenty of other politicians don't seem to have any trouble adhering to.

These transgressions may pale in comparison with what others have done (and in some cases gotten away with), but the assumption that what matters is what Biden wants women to feel rather than what they actually do feel is part of the same culture that allows those far more troubling abuses to occur. It has always been about the man.

Joe Biden has been able to go his whole life just being Joe Biden, and not worrying too much about how other people react to that. Sure, that has led to a few gaffes, but otherwise his authenticity has been a selling point. As long as he means well, the consensus has been, all is well. That's a radical luxury. It's certainly one women are rarely able to afford. And it's why Biden's incessant touching, while eye-poppingly public for years, has until now been little more than a punchline.

Biden may be a good man in his heart of hearts, and that may distinguish him from the hordes of bad men who hurt women and mean to do it. But men have to do better than not meaning to hurt people. They have to not hurt people, period - even if that means recognizing that sometimes, just being yourself isn't the best thing for everyone else.