Why Hillary Clinton and Barack Obama Tweeted About 'Easter Worshippers' 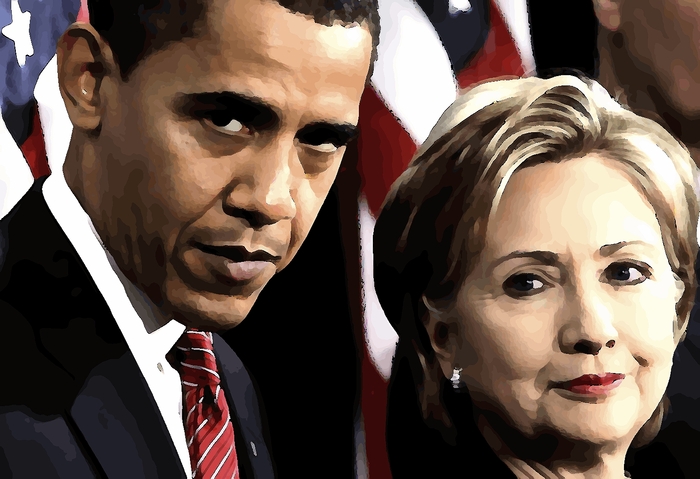 Sometimes, a few sentences tell you more about a person — and, more importantly, an ideology — than a learned thesis. That is the case with tweets from Hillary Clinton and Barack Obama two days ago in response to the mass murder of more than 300 Christians and others in Sri Lanka.

And that, too, is important. Many Americans — especially conservatives and "independents" — are more interested in individual politicians than in political ideologies.

Many conservatives have long been fixated on Clinton — so much so that probably any other Democrat would have defeated Donald Trump, as conservative anger specifically toward her propelled many people to the polls. Similarly, Republican Never-Trumpers are fixated on Trump rather than policy. They care more about Trump's personal flaws than about the mortal dangers the left poses to America and the West or about the uniquely successful conservative policies Trump promulgates.

And independents all claim to vote "for the person, not the party."

Only leftists understand that one must vote left no matter who the Democrat is, no matter who the Republican opponent is. Leftists are completely interchangeable: There is no ideological difference among the 20 or so Democrats running for president. Mayor Pete Buttigieg is not one degree to the right of Kamala Harris or Elizabeth Warren.

Here are the tweets:

Obama: "The attacks on tourists and Easter worshippers in Sri Lanka are an attack on humanity. On a day devoted to love, redemption, and renewal, we pray for the victims and stand with the people of Sri Lanka."

Three hours later, Clinton tweeted: "On this holy weekend for many faiths, we must stand united against hatred and violence. I'm praying for everyone affected by today's horrific attacks on Easter worshippers and travelers in Sri Lanka."

As they both spelled "worshipers" the same idiosyncratic way and used the term "Easter worshippers," it is likely they either had the same writers or Clinton copied Obama.

Here's what's critical: Neither used the word "Christians." And in order to avoid doing so, they went so far as to make up a new term — "Easter worshippers" — heretofore unknown to any Christian.

When Jews were murdered at the Tree of Life synagogue in Pittsburgh, Clinton mentioned the synagogue in a tweet. But in her post-Sri Lanka tweet, despite the bombing of three churches filled with Christians, Clinton made no mention of church or churches. In a tweet after the massacre of Muslims in New Zealand, she wrote that her heart broke for "the global Muslim community." But in her latest tweet, not a word about Christians or the global Christian community.

The reason neither of them mentioned Christians or churches is that the left has essentially forbidden mention of all the anti-Christian murders perpetrated by Muslims in Europe, the Middle East and Africa and of all the Muslim desecration of churches in Europe, Africa and anywhere else. This is part of the same phenomenon — that I and others have documented — of British police and politicians covering up six years of rape of 1,400 of English girls by Muslim "grooming gangs" in Rotherham and elsewhere in England.

Clinton's post-New Zealand tweet also included these words: "We must continue to fight the perpetuation and normalization of Islamophobia and racism in all its forms. White supremacist terrorists must be condemned by leaders everywhere. Their murderous hatred must be stopped."

She made sure to condemn "Islamophobia," but she wrote not a word about the far more destructive and widespread hatred of Christians in the Muslim world, seen in Muslims' virtual elimination of the Christian communities in the Middle East, the regular murder and kidnappings of Coptic Christians in Egypt and the murder of Christians in Nigeria. She calls on "leaders everywhere" to condemn "white supremacist terrorists," one of the smallest hate groups on Earth, but never calls on leaders everywhere to condemn Islamist terrorists, the largest hate group on Earth.