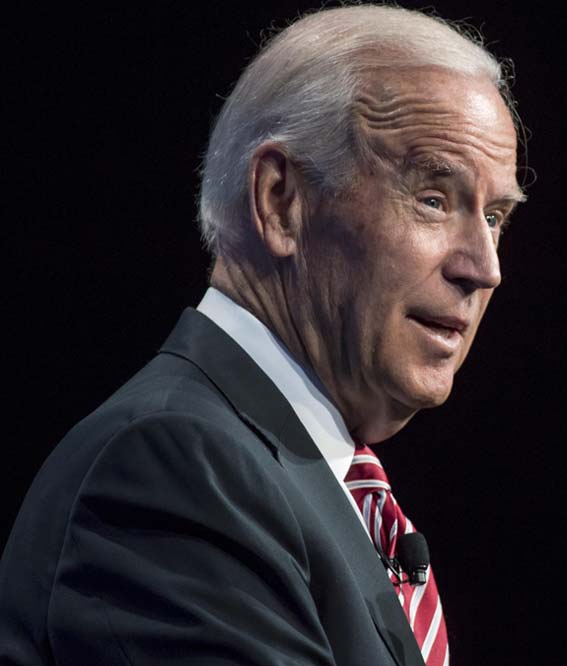 The 2020 primary scenario seems like one of those weird moments when you're certain you've had this identical experience before: an immense, fractious field of ambitious candidates splintering party support while competing for the presidential nomination in a Midwestern city at a summer convention that could well open in an ominous deadlock.

A renegade septuagenarian front-runner from the Northeast with loads of campaign cash who's recently adopted the party as a convenient political home brings energized grassroots supporters posing a fervent challenge to a stuffy Washington establishment.

He's a senior citizen proposing drastic policy ideas so unrealistic, far-fetched and outside the party's mainstream as to make him clearly unelectable.

But this time, that senior citizen is not Donald J. Trump, the surprise Republican victor. It's Sen. Bernie Sanders, the longtime democratic socialist from Vermont. He's beginning to scare the Thomas Jefferson out of Democratic establishment elders who know a socialist can't win against a populist.

Those elders rigged the 2016 selection process to hand the presidential nomination to the sure-bet first female to occupy the White House. Brooklyn-born Bernie still put up quite a fight, winning 23 primaries and caucuses with 13 million votes.

But that fall, Hillary Clinton stumbled, figuratively and literally, taking her certain victory for granted so much that she was emotionally devastated on election night and didn't even deliver her concession speech until the next morning.

Bernie's back now, still shouting, still grumpy, but smoother, richer, more organized. And — oh, look! — the younger activist base of his adopted party has since moved much closer to his left-wing ideology.

Democrats will decide collectively in the next 11 months whether they roll the dice with an aged white male who's captured the left base's heart with, among other things, a bold government-run health care system that risks leaving the political center and right wide open for Trump. Or they could opt for a more moderate, competitive candidate to fight for the vast middle while abandoning the resurgent left.

In the key first-quarter of 2020 primary fundraising, when dollars are the closely-watched votes, Sanders did far better than his nearly 20 competitors, raking in $18.2 million. Next closest was Sen. Kamala Harris' $12 million.

Others far down in the single digits, including Sen. Elizabeth Warren with $6 million, Sen. Amy Klobuchar with $5.2 million and Sen. Cory Booker with $5 million, will count on stellar debate performances starting in June to up their money game. By then, Joe Biden will be competing for donor checks as well.

Significantly, 99 percent of Sanders' donors gave less than $100, meaning he can go back to them numerous times, providing crucial financial endurance for the long grind ahead.

As usual, the sitting president's campaign already has amassed far more, some $40 million.

With a majority of the country disapproving of Trump's job performance for every one of his 823 days in office, the GOP incumbent might appear to be an endangered elephant 80 weeks out.

But those fact-checkers who parse every word that escapes Trump's mouth and Twitter feed might want to scan historical records. George W. Bush's approval rating was also mired below 50 percent in 2004. At lunchtime that Election Day, John Kerry's staff was calling him Mr. President. Then, Ohio came in.

Here's another historical fact: Incumbent U.S. presidents rarely lose re-election bids, especially in a strong economy. In the last 120 years, 18 elected presidents have sought a second term. Fourteen got them.

Of the four who failed, one encountered the Great Depression, and three had strong primary or third-party challengers.

After Ted Kennedy's primary challenge pretty much doomed Jimmy Carter's 1980 re-election, Democrats created so-called superdelegates. They are hundreds of party elites appointed as convention delegates to ensure that a crazed nobody can't seize the nomination and doom the party's general election efforts.

Clinton did not need them in 2016; she won the nomination outright. But the meme survives that superdelegates rigged the voting against second-place Sanders.

To address that smoldering resentment, this time the Democratic Party has forbidden the unelected superdelegates from voting on the convention's first ballot. But be careful what you wish for, folks.

Republicans pick their convention delegates through winner-take-all primaries and caucuses, enabling a strong performer — say, an incumbent president lacking a viable challenger — to sew up the nomination early. This saves money while providing more time for healing, fundraising, unifying and defining the opposition.

They do it piecemeal. With a minimum 15 percent of the votes, candidates get their proportionate share of delegates. Thus, in the 2016 Iowa caucuses, Clinton edged Sanders by one-quarter of 1 percentage point, so Bernie got 21 delegates to her 23. In New Hampshire, just next door to Sanders' Vermont, he blew Clinton out of the water vote-wise, but she still took away nine delegates to his 15.

This everyone-gets-a-trophy-approach strikes Democrats as nice and fair. In a crowded field, however, it also prolongs the divisive arguing and postpones the clinching day, quite possibly creating a contested mid-July convention in Milwaukee.

If no one gets a majority of the 3,768 regular delegates on the first ballot there, here come the 765 unelected superdelegates to impose on the field their binding choice of a candidate they believe most likely to oust Trump.

If Sanders has the most delegates by then, they can endorse the occasional Democrat and pray that Americans will fall for the first democratic socialist and oldest commander-in-chief in U.S. history over a mercurial billionaire with a big mouth.

Or this establishment cabal can choose someone else more politically palatable for a general election and confirm the powerful left's suspicions and fears of rejection through another rigged convention. Which leaves precious little time for healing.