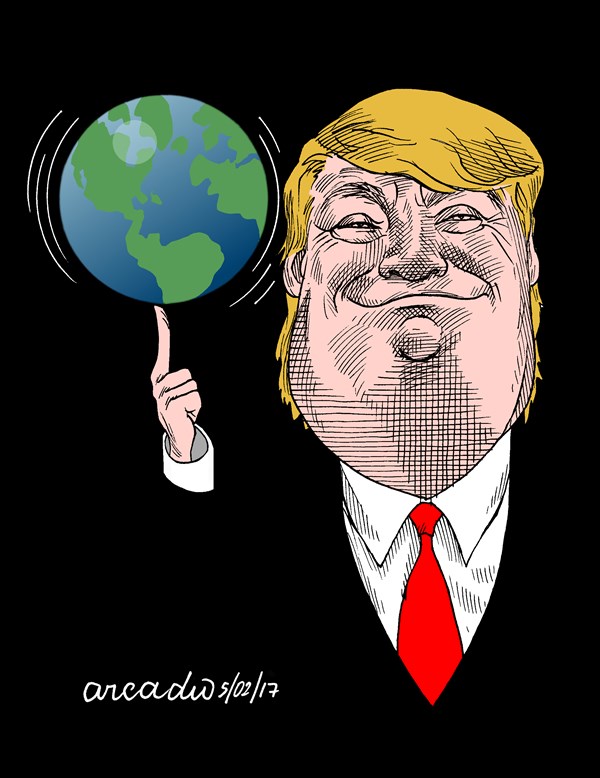 For more than 30 years, successive U.S. administrations have called Iran what it is: a state sponsor of terrorism. Leaders of its military and intelligence agencies have been sanctioned, while the terror groups Iran supports have faced military action as well as sanctions.

Until now, however, the main organization responsible for founding, funding and training many of these groups has not been placed in the same category as its clients like Hezbollah. On Monday, President Donald Trump upended that precedent and designated Iran's Islamic Revolutionary Guard Corps, known as the IRGC, as a foreign terrorist organization.

This is a dramatic escalation with real consequences. There is a difference between saying a state is a sponsor of terrorism and calling an arm of a state an actual terrorist organization. The designation will make the IRGC even more financially toxic than it already is, says Mark Dubowitz, the chief executive of the Foundation for Defense of Democracies.

The threshold is now lower for proving that someone is providing material support to the IRGC. The designation also makes any non-Iranians who wittingly or unwittingly do business with the IRGC vulnerable to having their U.S. visas revoked. This is an even more powerful disincentive for Europeans to invest in Iran, says Dubowitz, because the IRGC's tentacles reach into most aspects of Iran's economy.

Since the 1979 Iranian revolution, the IRGC, and particularly its elite Quds Force, have been devoted to spreading that revolution abroad. Despite the efforts of past U.S. administrations, Iran has never ended its support for terrorist organizations. Indeed, following the completion of negotiations over Iran's nuclear program in 2015, the IRGC became even more aggressive in supporting terrorist proxies in Iraq, Lebanon, Syria and Yemen.

All that said, there are two basic objections to this move. The first is that this designation may provoke Iran to target U.S. forces. Dan Coats, the director of national intelligence, obliquely made this point in testimony to Congress in January. "We assess that unprofessional interactions conducted by the Iranian Islamic Revolutionary Guards Corps (IRGC) Navy against U.S. ships in the Persian Gulf, which have been less frequent during the past year, could resume should Iran seek to project an image of strength in response to U.S. pressure," he said. The New York Times reports similar worries among other top military and intelligence officials.

Make no mistake: These threats are real. Already, Iranian government officials have promised a response to the designation. The mistake is thinking that pressure alone is provocative to Tehran. So are entreaties. In the days leading up to the final implementation of the nuclear deal in 2016, for example, the IRGC briefly took U.S. sailors hostage and released a humiliating video of the incident after they were released.

The second objection is the designation further undermines the 2015 Iran nuclear deal. A progressive group chaired by alumni of the Obama administration made this point in a Twitter thread Monday. They say it's an effort to deter investment in Iran and possibly provoke the Iranians into breaking the deal's limits on uranium enrichment, with which they have largely abided since Trump vacated the deal nearly a year ago.

Some see this objection as a point in Trump's favor. "It makes it much more difficult for a Democratic president to go back into the Iran deal in 2021," says Dubowitz, who favors the designation. Any future administration would have to make a determination that the IRGC was out of the terrorism business.

This is a point that the narrow nuclear agreement, by dealing only with Iran's nuclear program and not its support for terrorism, tried to evade. Now the U.S. government has formally recognized that a key part of Iran's military is legally indistinguishable from the terrorist groups it has been sponsoring for decades. Trump's strategy, unlike his predecessor's, begins with the premise that Iran is an outlaw state — and treats it as such until it changes its behavior.