If the music doesn't bug you, press 1 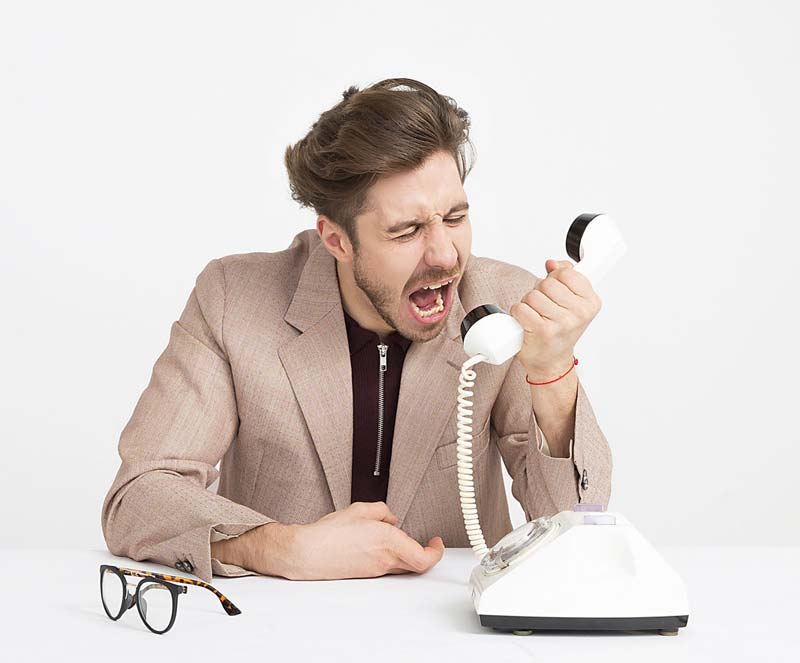 I had been on hold with the IRS for 30 minutes when I noticed that the music wasn't driving me crazy.

Background music can be a particularly noxious branch of the art of sound. The tinny elevator Muzak. The synthesized Christmas carols that fill drugstores for weeks. The buzzy sound in the background at the bus station. They're all supposedly there to calm us and improve our frame of mind, and yet they all have the bright, inauthentic, chemical tang of an artificial sweetener. Indeed, background music is sometimes used as an active repellent, piped out of stores onto the sidewalk to discourage loitering.

I can't say the IRS' hold music was exactly a masterpiece of the genre. But it had some of the effect of a Spielberg movie: I know I was being manipulated, but I was willing to go along without resentment. The repeating 30-second loop, punctuated by recorded reassurances that I hadn't been forgotten, seemed the aural equivalent of the games of computer solitaire I had started playing after resigning myself, as one is forced to do when on hold, to the difficulty of trying to concentrate on anything else while anticipating the moment when my call would actually be answered. It was a way to make the best of trying to pass the time.

Given that the average wait time on hold at the IRS is somewhere between 45 and 70 minutes (sources vary on this point), and that tens of millions of people call the agency every year, its hold music has a fair claim to being one of the most-heard pieces of music in the world. What a great opportunity. Or what a frustrating waste.

If you think that hold music represents a great opportunity for an enterprising composer, think again. Royalty-free music, or RFM, is a multimillion-dollar business because companies are hardly likely to use any music that you have to pay royalties on for a piece that undergoes so many iterations. Getty Images Music, a small arm of the gigantic photo agency, has a large catalogue of 30- and 60-second pieces of music bearing such uplifting and anodyne titles as "Feel the Vibe" or "Cable Car Morning." Unlimited use of one of these tracks costs $50, according to the website.

Davide Dondi, an Italian composer who has about 80 pieces represented on the Getty website, says it's a hard business to break into. Dondi, a former graphic designer in the advertising world who plays bass in a cover band, decided three years ago to quit his job and become a composer, taking online courses and working with a private teacher. He said in an email that he works two to five hours a day, producing about six tracks a month that he shares on a wide range of royalty-free music sites. But with so much music available, Dondi said, companies tend to look at the top sellers first.

"My favorite tracks are also my most successful," Dondi says, citing "Brilliant Comedy" or "Funky Rhythm." However, he adds, "we're really still talking of small numbers. If you look at bestsellers on AudioJungle, you can see thousands of downloads per track. My top selling tracks have just reached 50 or so."

And in many cases, the creators of individual pieces seem to have been forgotten. The IRS's hold music is called "One to One," and it is often credited to "Fresh Optimism," the name of the collection of tracks in which it was originally represented. The Getty's website, however, credits "One to One" only to "RFM," which it says is an entity in Tivoli, New York - one of many royalty-free music companies that Getty acquired. The IRS licensed the track in 2009 from Jupitermedia, also since acquired by Getty.

This music, in short, is a form of "content" - like the texts and images on a website, a commodity that's more and more in demand, but is seldom credited to a composer. Websites and "toll-free environments," as the IRS styles its hold apparatus, need words and pictures and sounds, but don't want them to be too distinctive, or stand out too much.

And yet the audience, moving through this generic world, is still primed to find in it nuggets of human experience, to identify with content on more than a simply functional level. As much as people love to hate hold music, a variant of Stockholm syndrome is not uncommon. The hold music used by Cisco communication systems, called "Opus No. 1," achieved an odd notoriety in 2014 after an NPR reporter documented her father-in-law's search for the piece of music that he kept hearing hour after hour while on hold across his entire health-care network. ("Opus 1" happened to have been written by Tim Carleton and Dominick Deel when they were high-schoolers tinkering around in Deel's garage.)

The IRS, too, receives its share of customer accolades, which Cecilia M. Barreda, a public affairs specialist in national media relations for the IRS, passed on to The Washington Post. "I have spent untold hours singing and whistling harmony and counterpoint to this beautiful music," one customer enthused. Another wrote: "This is the only music that calms my German shepherd. I need a 10-hour loop of this, please. If you need to bill me, you can just add it to the tax levy I am paying on."

A lot of research has been done on the psychology and physiology of music, and you might think this would be applied to hold music. Yet the choice of actual pieces for hold music is more likely to be made by IT departments and customer-service representatives than trained musicians or researchers. The IRS last changed its hold music in 2009, according to Christina Navarette-Wasson, acting director of the Joint Operation Center of the IRS, who is responsible for the agency's "toll-free environment," including the script and the music. At that time, the agency looked up a royalty-free company and selected five potential tracks, including "One to One," which were then vetted by a number of department heads.

And the change was motivated not by what people like, but by what they didn't. It was made, Navarette-Wasson said, because the IRS had gotten so many complaints about its previous hold music, which it had used for about 20 years: excerpts from Tchaikovsky's "The Nutcracker." You'd think "The Nutcracker" is innocuous, but IRS callers, evidently, found it objectionable. The music, detractors said, felt too seasonal: It was odd to hear Christmas music in March or April. People also complained about the shifts in dynamic levels, from quiet to loud - one of the very things that is thought to make classical music so powerful. A beloved and moving piece, it turns out, is exactly what the "content" age doesn't want.

Background music has to walk a tricky line. We want something inoffensive yet meaningful, and you'd better believe that we - the consumer masses - will barrage customer service with complaints if the balance tips too far in one or the other direction. Fortunate, indeed, is the company that has already some branded content it can call its own: When you call customer service at The Washington Post, you are treated to "The Washington Post March."