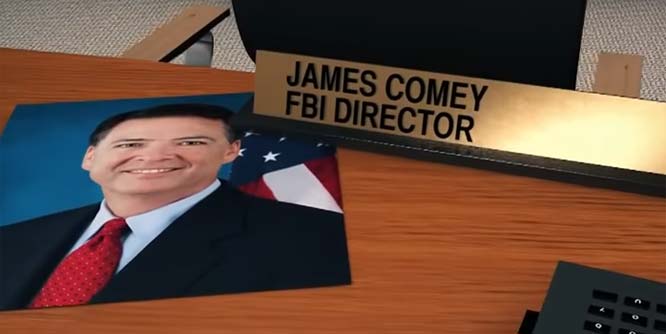 Special counsel two-year, $30 million, 448-page report did not find collusion between and .

Despite compiling private allegations of loud and obnoxious Trump behavior, Mueller also concluded that there was not any actionable case of obstruction of justice by the president. It would have been hard in any case to find that Trump obstructed Mueller's investigation of an alleged crime.

One, there was never a crime of collusion. Mueller early on in his endeavors must have realized that truth, but he pressed ahead anyway. It is almost impossible to prove obstruction of nothing.

Two, Trump cooperated with the investigation. He waived executive privilege. He turned over more than 1 million pages of administrative documents. He allowed then- counsel to submit to over 30 hours of questioning by Mueller's lawyers.

Three, anyone targeted by a massive investigation who knows he is innocent of an alleged crime is bound to become frustrated over a seemingly never-ending inquisition.


Trump's reported periodic rages at the Muller investigation are regrettable but not unnatural, given that Mueller expended a huge amount of government resources to confirm what many knew at the outset: that there was never any collusion with the Russian government to warp the 2016 election.

Yet Mueller's team went down every blind alley relating to its investigation -- except where Obama-era officials were likely culpable for relevant unethical or illegal behavior.

The Foreign Intelligence Surveillance Act warrants were integral to Mueller's investigations. But there is no mention of how the FISA court was deceived by not being told that the chief evidence used to obtain the warrants was an unverified dossier paid for in part by the Hillary Clinton campaign and the .

Some of the collusion narrative Muller examined was based on FBI informants' unverified stories. Yet strangely, the Mueller team did not investigate whether it was legal in the first place for the FBI, possibly with CIA help, to use informants to spy on a presidential campaign.

Former FBI Director figures into the Mueller report. But there is no curiosity about whether he broke the law in leaking what may well have been four classified memos of private presidential conversations to the press for the purpose of forcing an appointment of a special counsel.

The Christopher Steele dossier likewise makes an appearance in the Mueller report. But for a team investigating the alleged collusion of foreigners in a election, there is silence about the salient fact that Steele, a foreign national, enlisted other foreign nationals to dig up dirt on Trump to weaken his election chances -- with part of the funding for this research provided by the Clinton campaign and the .

What bothers many Americans about the collusion hoax is the accompanying sanctimony of the so-called investigators. The Mueller team could have helped itself had it just noted that much of the evidence it looked at was a product of Obama-era officials' unethical or illegal behavior.

Comey wrote a memoir, "A Higher Loyalty." Its eponymous themes are Comey's own ethics and principles. But Comey may well have misled the FISA court and possibly lied under oath to a House committee. He was not candid with federal investigators and leaked confidential and classified government memos.


Former FBI Director also wrote a memoir, "The Threat." Its argument is that FBI kingpins such as McCabe protect America from dangers such as . But McCabe himself is under criminal referral for lying to federal investigators. His sworn congressional testimony cannot be reconciled with Comey's. McCabe also likely misled the FISA court. And he apparently contemplated staging a near-coup to remove an elected president through the deliberate misuse of the 25th Amendment.

Former CIA Director is a paid analyst for who often railed about Trump's "treason" and predicted his indictment. Yet Brennan himself has lied under oath to on two occasions. He likely misled about his role in trafficking in the Steele dossiers. And Brennan's CIA may well have helped the FBI use informants abroad to entrap Trump campaign aides in efforts to find dirt on Trump.

Former Director of National Intelligence is a analyst who often predicted that a supposedly treasonous Trump would be indicted. Clapper, too, has lied to under oath. He once denied and then admitted to leaking confidential documents.

The problem with the Muller investigation, and with former intelligence officials such as Brennan, Clapper, Comey and McCabe, is pious hypocrisy. Those who have lectured America on Trump's unproven crimes have written books and appeared on TV to publicize their own superior virtue. Yet they themselves have engaged in all sorts of unethical and illegal behavior.

The only mystery left is whether our elite investigators actually believe their own delusions. Or were they constantly broadcasting their virtue as a preventive defense against growing evidence of their own moral lapses?