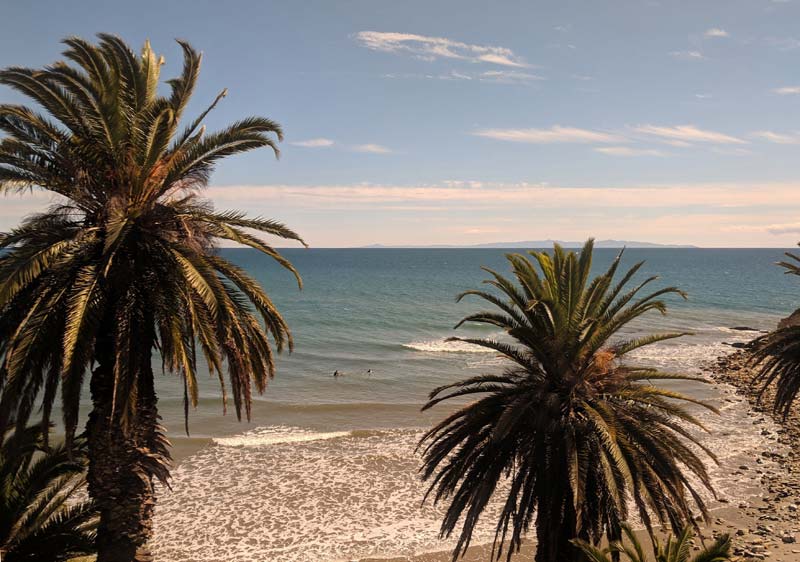 A stretch of the California coastline. Seattle Times

For over six years, has had a top marginal income tax rate of 13.3 percent, the highest in the nation. About 150,000 households in a state of 40 million people now pay nearly half of the total annual state income tax.

The state legislature sold that confiscatory tax rate on the idea that it was a temporary fix and would eventually be phased out. No one believed that. voters, about 40 percent of whom pay no state income taxes, naturally approved the extension of the high rate by an overwhelming margin.

recently raised gas taxes by 40 percent and now has the second-highest gas taxes in .

has the ninth-highest combined state and local sales taxes in the country, but its state sales tax of 7.3 percent is America's highest. As of , is now applying that high state sales tax to goods that residents buy online from out-of-state sellers.


Such high taxes, often targeting a small percentage of the population, may have brought a budget surplus of more than $20 million. Yet is never satiated with high new tax rates that bring in additional revenue. It's always hungry for more.

, a Democratic state senator from , has introduced a bill that would create a new estate tax. Wiener outlined a death tax of 40 percent on estates worth more than $3.5 million for single Californians or more than $7 million for married couples.

Given the soaring valuations of properties, a new estate tax could force children to sell homes or family farms they inherited just to pay the tax bills.

Soon, even more of the Californian taxpayers who chip in to pay half of the state income taxes will flee in droves for low-tax or no-tax states.

What really irks taxpayers are the shoddy public services that they receive in exchange for such burdensome taxes. can be found near the bottom of state rankings for schools and infrastructure.

ranks first among America's largest cities in property crimes per capita. The massive concrete ruins of the state's quarter-built and now either canceled or postponed multibillion-dollar high-speed rail system are already collecting graffiti.

Roughly a quarter of the nation's homeless live in . So do about one-third of all Americans on public assistance. Approximately one-fifth of the state's population lives below the poverty line. About one-third of Californians are enrolled in , the state's health care program for low-income residents.

social programs are magnets that draw in the indigent from all over the world, who arrive in search of generous health, education, legal, nutritional and housing subsidies. Some 27 percent of the state's residents were not born in .

Last month alone, nearly 100,000 foreign nationals were stopped at the southern border, according to officials. Huge numbers of migrants are able to make it across without being caught, and many end up in .

A lot of upper-middle-class taxpayers feel that not only does fail to appreciate their contributions, but that the state often blames them for not paying even more -- as if paying about half of their incomes to local, state and federal governments somehow reveals their greed.

The hyper-wealthy liberal denizens of , and the coastal enclaves often seem exempt from the consequences of the high taxes they so often advocate for others. The super-rich either have the clout to hire experts to help them avoid such taxes, or they simply have so much money that they are not much affected by even high taxes.

What is the ideology behind such destructive state policies?


, which is driving out its middle class, is apparently model. Venezuelan leaders believed in providing vast subsidies for the poor. The country's super-rich are often crony capitalists who can avoid high taxes.

Similarly, is waging an outright war on the upper-middle class, which lacks the numbers of the poor and the clout of the rich.

Those who administer plagued department of motor vehicles and high-speed rail authority may often be inept and dysfunctional, but the state's tax collectors are the most obsessive bureaucrats in the nation.

What is message to those who combine to pay half the state's income taxes and have not yet left ?