Why is living shorter, dying sooner a new trend? 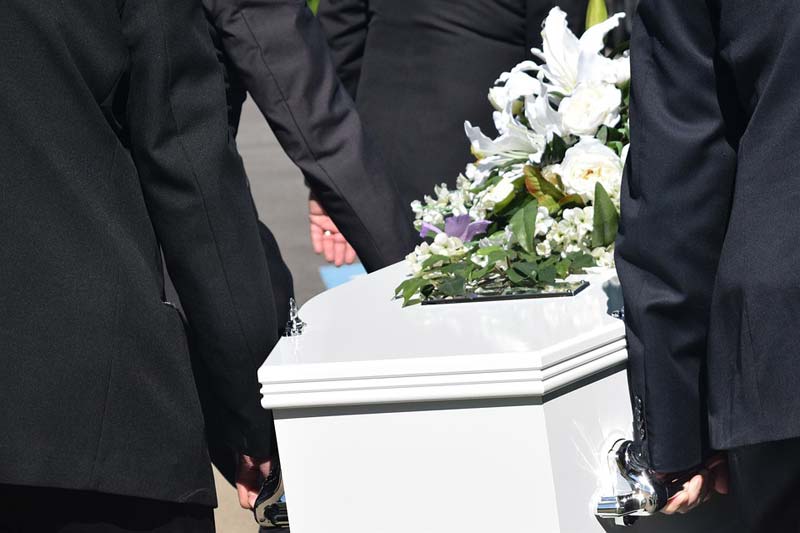 Not long ago, we were talking about living to 120. Remember?

Science and medicine were advancing so rapidly, we figured to double the life expectancy of our grandparents. What would we do with all those extra years?

Apparently, we can stop worrying about that. At least in America.

The latest statistics show life expectancy in this country will drop for the third straight year. The last time that happened was reportedly 100 years ago, when we were in the middle of World War I and the worst flu pandemic in recorded history.

It's not that our scientists have hit a wall. It's not that new medicines aren't working. In fact, for the rest of what we call the "developed world," the numbers are going up.

But from sea to shining sea here in the U.S., they are dropping, largely due to what some have dubbed "the deaths of despair," drug-related fatalities, liver cirrhosis (caused mostly by alcoholism), and suicide.

America, the land of opportunity, seems to be losing hope. And the group that, by far, leads the way? Middle-aged-and-older, working-class, white men and women.

"We're talking about the sons and daughters of the Greatest Generation," said Sanjay Gupta, the neurosurgeon and chief medical correspondent for CNN, when we spoke last week. "Their parents (or grandparents) went off and won the World War and came (home) and helped rebuild America. The expectation was that their sons and daughters were supposed to inherit the earth --- or at least the United States. â€¦ That didn't happen."

Instead, as Gupta and others point out, economic improvement flattened, jobs were lost, homes became more expensive, and a decade ago we were hit with the Great Recession. Those sons and daughters, in many cases, did not fare better than their parents.

And while our quality of life is still beyond much of the world, the expectation that things were going to be better creates "an existential stress," Gupta said, "that never goes away."

Now, it's hard to believe that being depressed over not outdoing our folks leads to a lowered life expectancy. And it doesn't. Not by itself. But economic pressure, foreclosures, job loss, divorce, combined with a general malaise, a general dissatisfaction in life, and the insidious way social media can make you feel inept, angry or left out, can understandably build up drug and alcohol use, and, in worst cases, suicide.

And if you say, "Oh, come on, people don't kill themselves over such things," look at the numbers. Incredibly, our nation's suicide rate is up nearly 30 percent since 1999, federal health officials reported in 2018. And amongst rural Americans, it's up a staggering 40 percent.

Did you know that suicides more than doubled the number of homicides in 2016? And in that same year, people killing themselves with guns (22,928) far outnumbered people killing other people with guns (14,415).

What has driven us to such deadly despair? What awful forces could possibly reverse the longevity that science and medicine was allowing us?

Well, first, let's keep it in perspective. We still, overall, die more from chronic illness like heart disease or diabetes than suicide or alcoholism. And drug-related deaths, particularly the horrific increase in opioid-related fatalities, are not all from people wanting to kill themselves.

In reality, the irresponsible distribution of opioids, and the lack of proper treatment options, likely contribute to the numbers. Our doctors can't continue to overprescribe these pills. We are 5% of the world's population and we reportedly consume 80% of the opioids. That's insane.

As for liver cirrhosis, the numbers are equally staggering: a reported death rate increase of 65 percent from 1999-2016. And while not all of this is due to alcohol, the biggest jump has been in young people aged 25-34, and researchers said almost all of that was alcohol-driven. Our children are, in such cases, drinking themselves to the grave.

All these numbers make us worry. We live in a country that is bountiful in opportunity. We have food. We have shelter. Even the poorest amongst us can find resources if they have access.

But this data shows it's not the poorest who are losing hope. It's those in the middle. Those who have a lifestyle that the indigent might envy. Yet for them, it is not enough.

"This notion of dashed expectations, having expected something and not received it," Gupta said, "is far more toxic a stressor than simply not receiving it."

And, as science is showing more and more, unhealthy stress can be a killer.

Still, it makes no sense, given our amazing scientific discoveries in the last 100 years, that we should not be living longer and longer. And of all the things to kill us in America, despair should not be a top line item.

I don't have an answer. But I have witnessed a defense. It's simple, and, you might believe, obvious. But when you think the world isn't providing what you deserve, go out and spend time with those who have less.

Forget about living to 120. We should focus on reaching the age we're supposed to.

Hope is what drives doctors to keep searching for cures. And hope, apparently, may keep us alive.