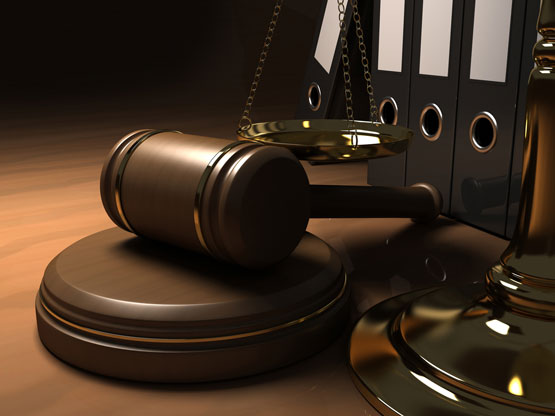 It was a weekend night in January in eastern Michigan when a Snapchat discussion involving black and white high school students turned racist, flooded with the n-word, gorilla emoji and proclamations of "WHITE POWER."

The town of Saline erupted. Parents confronted one another about the underbelly of racist rhetoric in the mostly white community, and four students were disciplined for private messages that became a national outrage.

On Tuesday, attorneys representing the four students sued the officials at Saline Area Schools, arguing in federal court that they violated free speech and equal protection laws by suspending the teenagers for off-campus behavior.

The school system suspended all four students and recommended expulsion for two of them, according to the suit filed in the U.S. District Court in Detroit. "The school is acting outside the scope of its authority," David A. Callman, an attorney for the students, said in a statement, calling the decision a "reckless and hasty rush to judgment."

The suit will probably widen the national legal battle over where authority for public schools to regulate student speech should begin and end.

In similar cases, such as a 2017 incident in which a cheerleader's weekend private message filled with expletives about her coaches led to discipline, rights groups argued that school officials misused their power to police off-campus behavior. A federal judged ruled in 2019 that it was protected speech.

"If you have schools policing every social interaction, then you have them in your living room and your bedroom," Frank D. LoMonte, a media law professor at the University of Florida, told The Washington Post on Wednesday. "And I'm not sure we're prepared for those consequences."

The U.S. Supreme Court has yet to clearly define where the line is drawn, he said.

But generally, LoMonte said, courts have decided that public schools discipline students only for speech that disrupts order and links back to the school's authority, such as remarks at official events, comments made using school equipment or language that threatens the safety of the school community.

LoMonte, who said the Saline students's remarks were "offensive and horrible," said this case doesn't appear to extend into the school's jurisdiction because the comments were made at home, in private and not with school devices.

But the school could argue that black students may now feel afraid to be around the students, he said.

Saline Superintendent Scot Graden denounced the behavior of the four students in a Jan. 27 statement and said the Snapchat discussion "created harm to all of our students, especially students of color." Graden declined to comment.

A similar argument was made last year when a New Jersey school suspended two students for posting a photo of guns on Snapchat, outside of a school context and referencing a zombie apocalypse. The school said other students felt threatened, and the American Civil Liberties Union intervened with a lawsuit.

In the private discussion among Saline teenagers, white students introduced black students with the n-word, the Ann Arbor News reported, and the group's name was changed to "Racist" with two gorilla emoji. White students also said "THE SOUTH WILL RISE AGAIN."

The discussion became public when a black student arrived late in the chat and made the details public, according to the suit.

Attorneys for the suspended teens argued that the chat was banter filled with memes and jokes among friends. As many as 25 students on the chat included several races, Callman told The Post.

On Snapchat, messages disappear if a person leaves the chat, so at one point, black students leaving appeared to show a more distilled racist bent, Callman said.

However, a text from one black student in the suit reveals his thoughts that the messages went too far, making it probable that other students left because they were offended by the brazenly racist tone.

The suit seeks damages and calls to clear the disciplinary records of the four students, Callman said. Two of them returned to school Monday, and the other two face expulsion over the perception by the school that their messages were more inflammatory, Callman speculated.

Another unsettled question: how administrators will grapple with digital speech, which LoMonte said should not be treated with more or less urgency than verbal remarks - but often is by school officials.


For instance, if the Saline students made the same offensive statements to each other in a restaurant and a parent asked the school to discipline them, LoMonte doubted that the same outcome would occur.

"Schools generally will happily let families referee off-campus disputes when its verbal," he said. "When it's digitally memorialized, it somehow makes schools feel they are duty bound to react."

In one meeting Feb. 3, days after the incident unfolded, one parent - Adrian Iraola, a Mexican-born immigrant - said his son was taunted over his roots. "Then why didn't you stay in Mexico?" asked Tom Burtell, another parent, triggering fierce outcry in the room and across the country.

In this case, parents should have issued discipline, LoMonte said.

"These parents should take [their children's] phones away and disconnect them until they're 18," he said.