So Trump is Putin's stooge, right? 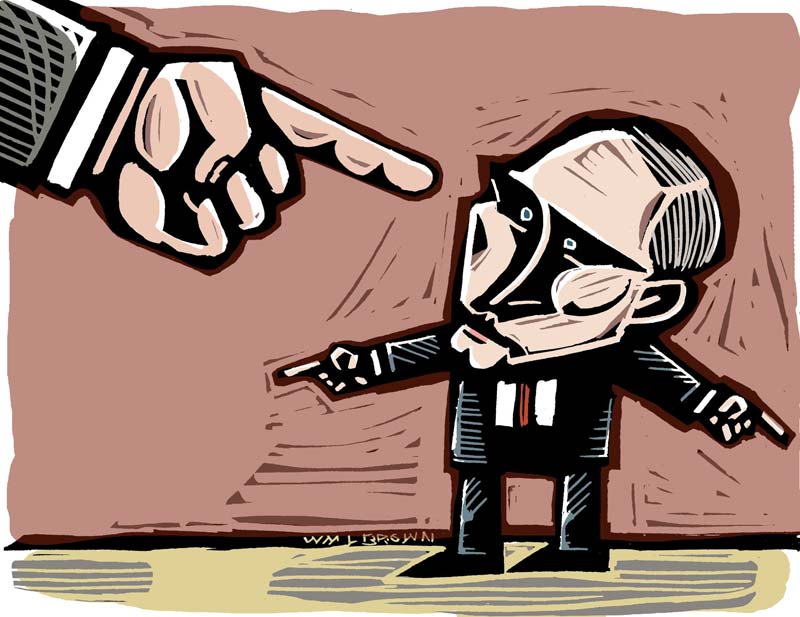 Since Donald Trump began his presidency, Democrats have painted him as an appeaser and possibly a pawn of Russia's President Vladimir Putin. At least in his rhetoric, from his supine flattery of Putin in Helsinki to his public rants about NATO allies, Trump has given them some fodder.

Nonetheless, the Trump administration has also pursued a foreign policy that has been hostile to Putin's interests. From his decisions in 2017 and 2018 to bomb Russia's client in Syria, to the State Department campaign to get allies to recognize Juan Guaido as the interim president of Venezuela, many of Trump's policies have opposed Russian objectives, not aided them.

It's true that modernizing the nuclear force has been a neglected priority for more than a decade. A 2017 Congressional Budget Office study laid out a series of cost scenarios for replacing elements of the three main delivery systems for nuclear weapons (missiles, bombers and submarines), many of which were designed and built decades ago.

It estimated the cost of planned modernization to be as much as $400 billion through 2046. It's also true that America's nuclear umbrella deters China as well as Russia, and reassures allies not to pursue their own nuclear weapons programs.

That said, Russia has the most to lose from a refurbished American atomic arsenal. For starters, a revamped U.S. nuclear deterrent could force Russia to rethink some of its military doctrine. Since 2000, Russian strategists have floated the idea of a limited nuclear strike against an adversary to deter a conventional response from America and its NATO allies. Sometimes known as "Escalate to De-escalate," this change in Russia's military doctrine was one reason why America's nuclear posture review in 2018 recommended the development of tactical nuclear weapons — such as a nuclear cruise missile — intended to complicate Putin's own calculations in a potential conflict with the U.S. or its allies.

Russia also loses because of the potential cost of an arms race. Despite America's debt and budget restraints, the U.S. remains a much larger economy than Russia, which is a declining power. As the Reagan administration proved with the larger Soviet Union, Washington has the ability to outspend Moscow when it comes to strategic weapons.

Finally, the commitment to nuclear modernization emphasizes deterrence going forward as opposed to the Obama administration's emphasis on arms control. Historically, the Russians have used the opportunity of nuclear arms control deals to cheat while America reduced its arsenal.

That's what happened with the 1987 Intermediate-Range Nuclear Forces treaty. The U.S. learned as early as 2008 that Russia had been researching a new ground-based cruise missile proscribed by the treaty; U.S. officials labeled the missile as a violation of the INF in a 2014 treaty compliance report. In 2017, a U.S. official confirmed Russia's deployment of that missile against NATO positions in Europe. This is why the Trump administration withdrew from the treaty in 2019, after giving Russia a series of warnings to come back into compliance.

As far domestic politics goes, these arguments are not likely to persuade Democrats to move ahead rapidly on nuclear modernization, despite the party's new hawkish posture when it comes to Russia.

In recent years, the nuclear arsenal has been one of the most partisan elements of the defense budget. Senator Elizabeth Warren has campaigned in part on her proposal to declare a no-nuclear-first-strike policy if she is elected president. And because Trump's new budget cuts funding for social service programs such as Medicaid, it's easy to see Democrats attacking an investment in nuclear weapons at the expense of infrastructure spending or programs to alleviate poverty.

Of course, defense and entitlement spending come from different pots of money in the budget. As the Dispatch recently reported, Mick Mulvaney, the Director of the Office of Management and Budget as well as Trump's acting chief of staff, initially rejected the increased spending for nuclear modernization. For now, it appears that some of the money for nuclear modernization has come at the expense of a Virginia-class submarine requested by the Navy, according to reporting last week from Bloomberg.

Early reports say that Trump himself weighed in at the last minute in favor of nuclear modernization, over the objections of Mulvaney and the OMB. That should not be a surprise from a president who has boasted about the size and power of the nuclear button on his desk. It does, though, further discredit the theory that Trump is Putin's stooge.