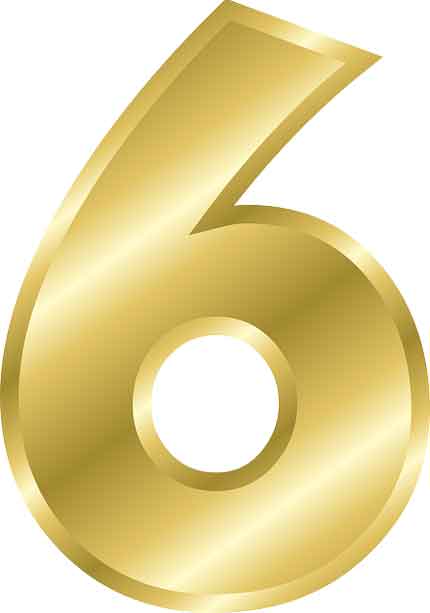 WASHINGTON - We got the first vote totals of the 2020 presidential election Tuesday, a day and plenty of drama after the Iowa Democratic caucuses began Monday.

With 71 percent of precincts reporting, the Iowa Democratic Party released results showing a two-man race between Pete Buttigieg and Bernie Sanders. Sanders led in the raw vote, but Buttigieg led in state delegate equivalents - the measure The Washington Post and other outlets use to determine the winner.

On that count, the breakdown is:

There are plenty of votes to be counted, and these numbers could shift. We don't know when we'll get those votes - the state party is suggesting it could be days or weeks. But there are a few things we can say right now.

1. It's all about Sanders and Buttigieg

While 38 percent of the caucus sites have yet to be counted, it would take a small miracle for the current top two not to finish as the top two candidates. And if that holds, whether the winner is eventually Sanders or Buttigieg, both will have plenty to crow about.

The senator from Vermont came within a whisker of winning Iowa in 2016, but after having a heart attack during this campaign and despite early polls that suggested he might struggle in the Hawkeye State, he rallied and shoved aside the doubters. If he wins, he'll have a golden opportunity to pull the rare double in the first two contests; after all, the New Hampshire primary is next week just across the border from his home state. New Hampshire loves to be contrarian and defy Iowa's pick, but he carried it decisively in 2016 and is a good fit there.

As for Buttigieg, the former South Bend, Indiana, mayor had a lot riding on Iowa, and he solidified that he's a player in the primary - in case that wasn't already clear. Imagine a year or so ago if you had been told the millennial, gay mayor of a relatively small Midwestern city would beat a former vice president in the first contest. It would have been nearly unthinkable. And he's apparently got a real shot at finishing first, which would just be a huge bonus.

At issue now: Whether he can expand his support across the country, where he remains more of an also-ran than a contender, and particularly among minority voters. Until he can do the latter, it will be difficult to consider him as a real threat to win the nomination.

Biden could feasibly pass Elizabeth Warren for third place in the state delegate equivalents, but he'll be hard-pressed to finish above fourth in the raw votes. And if he somehow drops into fifth place behind Klobuchar in either one: disaster. Even the apparent best-case scenario - third place in SDEs and fourth place in raw vote - just wouldn't be good, given who Biden is.

Throughout a long early primary season and a series of middling debate performances, the former vice president held strong nationally and continued to have a shot at winning the two earliest contests in Iowa and New Hampshire, too. He appears to have underperformed more than anybody else, though.

Biden remains strong nationally and especially in South Carolina, which goes fourth and has lots of black voters. You do wonder, though, where he might be by then if he can't win in New Hampshire, where two neighbor-state senators are running, and Nevada, where he's not much of a favorite (if at all).

If there's a bright side for Biden, though, it's this: Iowa wasn't a great fit for him. Caucuses skew toward liberal candidates, the electorate was younger than usual and Iowa has very little racial diversity. He stands to do better in future contests but needs to stay relevant in the coming weeks. Monday was a missed opportunity, at best.

The Iowa Democratic Party announced Monday night that turnout was about on par with 2016, when it was 171,000 people. But, as Post columnist Karen Tumulty writes, that is far off the record of about 240,000 set in the 2008 contest featuring Barack Obama, Hillary Clinton and John Edwards.

It's one data point in one contest, but polls have suggested there is historic enthusiasm - and huge enthusiasm, in particular, among Democrats for defeating President Donald Trump. Perhaps that will show up later, as impeachment fades from the headlines. But you could have been forgiven for expecting a bigger first act. And given his own rising poll numbers, Trump has to be pretty happy about that.

Klobuchar appears to have beaten the late polls, but if she can't pass Biden in at least one measure, it's difficult to call a fifth-place finish a good result.

On the list of candidates who needed a result out of Iowa, Klobuchar was at the top - above even Buttigieg. As the senator from a neighboring state and a single-digit candidate throughout the race, Iowa was her ticket to relevance in the forthcoming contests. She invested heavily in the state, particularly rural areas near the Minnesota-Iowa border. Perhaps more than any other candidate, being stuck in Washington for the impeachment trial over much of the past two weeks was a problem for her.

Biden's underperformance could give her at least something of an argument moving forward - and perhaps she sticks around to see what happens to him - but there aren't usually five tickets out of Iowa.


5. The door cracking open for Bloomberg?

About the worst thing that could have happened for Mike Bloomberg personally Monday was Biden winning. Biden finishing far back would seem to at least crack the door open for the former New York mayor.

Bloomberg isn't contesting the early states, which means he needs the moderate/billionaire-tolerant lane in the primary to be open in a few weeks. If neither Biden nor Buttigieg looks like a winner at that point, Bloomberg can at least make an argument that pragmatic voters should consider him as an electable alternative to Sanders and Warren. And in the meantime, Bloomberg is unleashing more of his apparently limitless resources to juice the narrative.

The caucus process is always messy, in and of itself. It benefits candidates who can best take advantage of the rules - and thus lends itself to gamesmanship. Given that, you need to make sure everything else runs smoothly. But the Iowa Democratic Party went with a complicated four-measure result system and then failed to report those results in any orderly or timely fashion. The app the party was using also wasn't working, leading those tabulating results to abandon it.

Precision is important - as we saw in the 2012 GOP caucuses when an eight-vote Mitt Romney victory was eventually changed to a 34-vote Rick Santorum win more than two weeks later - but it really shouldn't be that difficult. Iowa's first-in-the-nation status is often derided because of the state's lack of diversity. Monday night's events showed the problems run deeper than that.

He added, "The underlying data is secure." When you have to assure that, you know it's bad. It's too early to write the obituary of Iowa's first-in-the-nation status or its caucuses, but there will be a robust conversation about both those things.